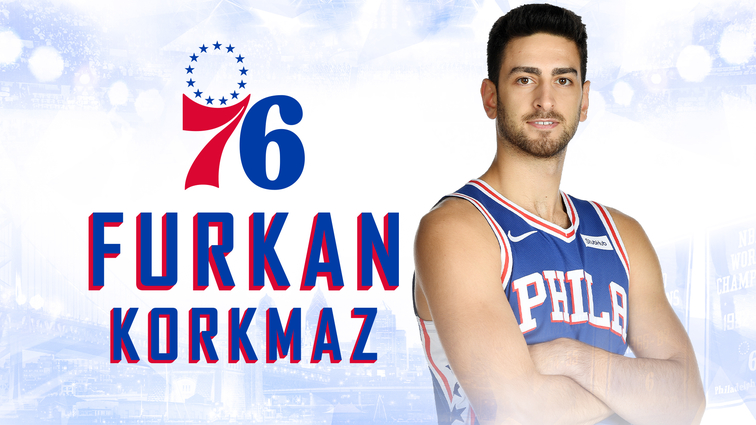 Philadelphia 76ers General Manager Elton Brand announced today that the team has re-signed Furkan Korkmaz. Per team policy, terms of the deal were not disclosed.

“We’re excited to have Furkan back and look forward to his continued growth and contributions,” Brand said. “He has a strong work ethic and he’s well-respected in our locker room. Having just turned 22, Furkan is a talented young player with significant potential, and we’re thrilled to have him on our roster.”

In two NBA seasons, Korkmaz has played in 62 games (seven starts), averaging 4.9 points and 1.9 rebounds in 12.2 minutes per game.

Philadelphia selected Korkmaz with the No. 26 overall pick in the 2016 NBA Draft. Korkmaz spent the 2016-17 season with Banvit (Turkey), helping Banvit win the team’s first Turkish Cup in February.

A native of Istanbul, Korkmaz has been named a Turkish Basketball Super League All-Star three times and is a two-time Turkish Cup champion. He has represented his home country of Turkey in international play in multiple competitions, earning a gold medal at the 2014 FIBA Europe Under-18 Championship and silver at the same event in 2015.